Congratulations to ODVA’s New Board Member!

The leadership for ODVA’s 22nd term was elected and announced at the 21st Annual Meeting of Members in San Diego, California, USA on March 10, 2022. They introduced the Market Advisory Committee tasked with ensuring that EtherNet/IP is well positioned for the future in this time of technological development. 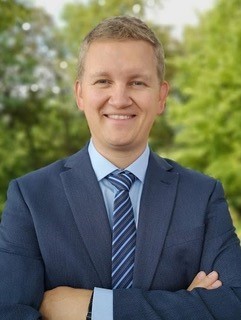 ODVA’s top-level Board of Directors, responsible for strategic planning and governance, is composed of senior executives from major industrial automation device and system vendors across the globe. “ODVA’s distinguished leadership team has been critical to the accelerated growth and expansion of EtherNet/IP to meet the needs of industry, and the organization thanks them for their stewardship,” said Dr. Al Beydoun, President and Executive Director at ODVA.

We would like to congratulate our own Kai Michel on joining ODVA’s Technical Review Board. Kai, as a member of the Technical Review Board along with his fellow elected colleagues, will assist in developing ODVA technology and standards. The role involves approving technology enhancements to be included in ODVA specifications, which encompass the Common Industrial Protocol (CIP), ODVA’s media-independent network protocol.

ODVA is an international standards development and trade organization. Its mission is to advance open, interoperable information and communication technologies for industrial automation. ODVA develops standards including the Common Industrial Protocol (CIP™), ODVA’s media independent network protocol and industrial communication technologies including EtherNet/IP, DeviceNet and others.

For interoperability and integration with other systems, ODVA embraces the adoption of commercial, standard Internet and Ethernet technologies as a guiding principle. This principle is exemplified by EtherNet/IP — today’s leading industrial Ethernet network. Visit ODVA online.

ODVA expects to announce the dates and location of the 2023 Industry Conference & 22nd Annual Meeting in Q4 2022.