RASPBERRY PI EXPANSION: NPIX Opens Up the World for netPI 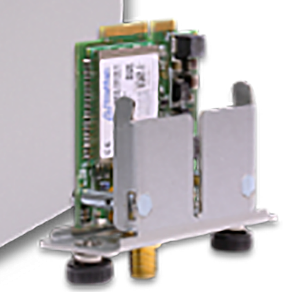 Hilscher’s innovative netPI device is a ruggedized Raspberry Pi platform that can be almost anything you want in automation – edge gateway, simple controller; it can even get you connected to the cloud. Now, the addition of the NPIX expansion module is making netPI even more flexible. NPIX provides analog I/O, digital I/O, RS-232, and RFID, and more. Buy from Amazon North America

The NPIX expansion slot is based on a half-size PCIe connector and is found in the base of the main netPI housing. Although it’s used in a specialized way, the PCIe form factor means expansion modules can be readily developed at modest cost.  The NPIX specification is published and open, so anyone can develop their own expansion card to work in the netPI chassis. Hilscher is able to help design and engineer NPIX modules.

A CAN NPIX module is being launched to enable netPI to be used as a gateway between the millions of CAN-based systems and Real Time Ethernet environments.


Support: In common with the main Raspberry Pi universe, netPI and NPIX are supported via web-based forums. This enables purchase prices to be kept low. Go to netPI Forums.